An exciting first day at Slush 2014! Here are a few of our pictures and tweets from the day: 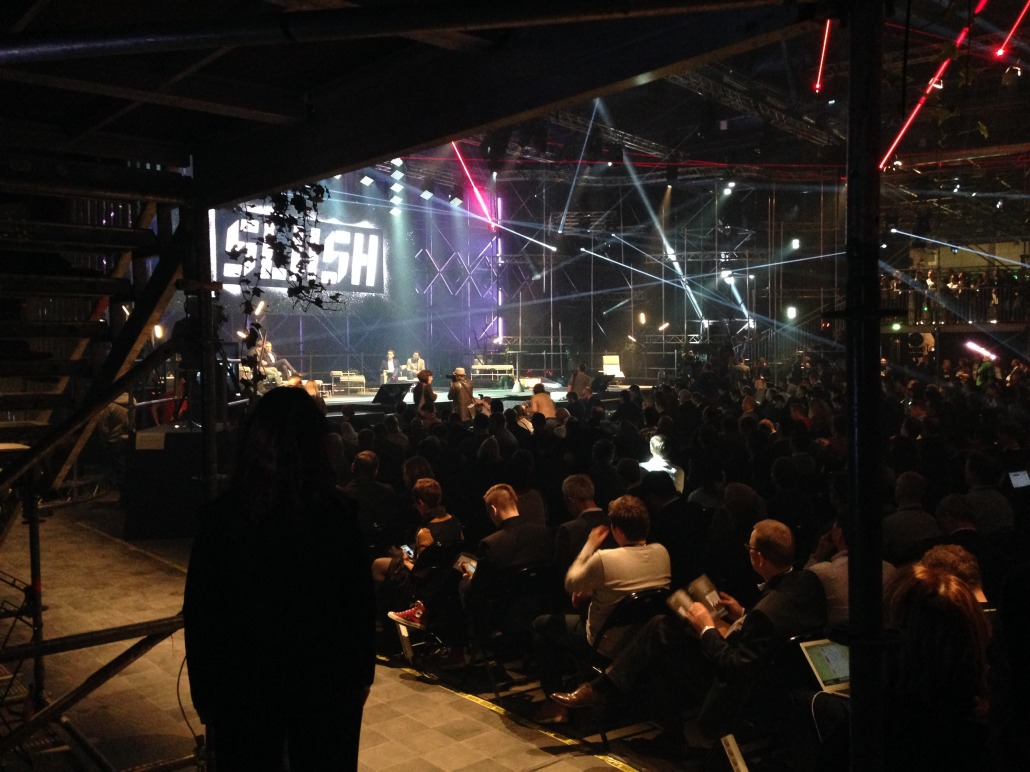 This was the view from 9am, which is 8am CET. It was a bit overwhelming for that time of morning.

Brilliant talk from Dots listen to your customers and they will design your marketing strategy. #slush14 pic.twitter.com/gOjulAyMIC

The conference is hosting a record 15,000 people, from all over the world. Particularly on display were startups in the fields of gaming, and wellness.

Talks are going on at 4 large stages simultaneously, and are being given by luminaries from all corners of the industry. The lighting is quite aggressive, a combination of red and green lasers, white spot lights, and fog, lending the whole occasion the atmosphere of a rock concert, with people constantly cycling between the stages, the packed venue restaurants, and the product booths scattered throughout he venue.

Our @IngenioApp team is at #Slush14 and @marfuzii is being happy about the big badge that makes #networking easier. pic.twitter.com/NQikz4I5Fu

We can attest to the fact that the badges are huge, and easy to read.

We have a SAUNA! The @ikikiuas sauna is warm and open for all #slush14 visitors! Entrance behind the Yellow Stage, next to the Media Lounge!

I cannot confirm or deny the existence of this sauna at a startup conference.

Linda Liukas gave a brilliant talk about her evolution from a young fan of American Vice President Al Gore, into a coder and an entrepreneur.

Linda Liukas: Coding is the child of mathematics and poetry #Slush14 pic.twitter.com/jxmsIB4B8M

The Slush 100 competition, originally planned as a 250,000 prize, was doubled at the last minute.

Wtf, half a million for #slush14 pitch winner! pic.twitter.com/gGtwW85iLe

5 Months out of StartupYard, Gjirafa.com Thrives

StartupYard Announces Partnership With Node5, Making the Accelerator an Open...
Scroll to top